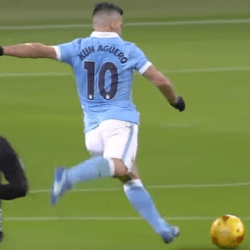 The English Premier League season consists of a campaign that runs between August and May every year. There are twenty teams in the top flight of English football, and they each play in a home-and-home series against every other team in the league. Thus, each team plays nineteen home games and nineteen away games every season for a total of 38 games.

Champions League and Europa League invitations are divided up among the different European associations based on the overall strength of that association within Europe. Currently, the English Premier League is granted three automatic bids to Champions League group play, one spot for Champions League qualification, and one spot to Europa league. These spots go to the teams that finish in the top five of the table at the end of the season. Further, the three teams that finish at the bottom of the table are relegated to the English second-tier (the Championship league).

Below, we simulated out the season 1,000 times. For our individual game projections, see: EPL Game Predictions. Also, see our simulations on the current seasons of Champions League and Europa League.

February 17th, 2018: Continuing their dominance, we have Manchester City winning the Premier League 100% of the time. That’s an absolutely incredible feat being that we are only in February. The real battle that is left is between the second and fifth places which will determine who gets into Champions League for the 2018-2019 season.

January 5th, 2018: In all of our thousand simulations, we now have Manchester City losing the Premier League seven times.

November 16th, 2017: We are eleven games in and Manchester City is absolutely dominating the league. They’ve now jumped to a 76.5% chance to lift the trophy at the end of the season.

August 9th, 2017: We ran our preseason simulation. Though Manchester City is the odds on favorite in the sportsbooks. Our early numbers show Chelsea with the edge to win the league.