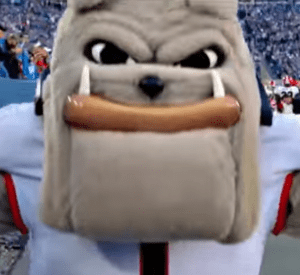 The 2020 college football season will be steeped in uncertainty. Will we play a full season? Is the Big Ten Conference going to start play at some point? Is every team going to get to play their full schedule? These are just a few of the challenges that we have to deal with in this new Covid-19 era of college sports. Frankly, it’s anyone’s guess as to how things are going to play out with the virus taking center stage this year. With all that said, below is how we think the conference seasons will break down if we are somehow able to get a full season in.

As of today, UCF has ten players opting out of the season. However, they are still the strongest team in the conference and are our projected favorite to win the AAC. Cincinnati and Memphis both have strong clubs and should be contenders to steal the throne from the Knights.

Notre Dame joins the conference this year and it would be pretty interesting if they were able to pull off an ACC title in their first year as a member. That seems quite unlikely as long as Clemson can stay healthy and keep everyone on the field for the duration of the year.

Spencer Rattler, who has one of the coolest names in college football, takes over the reigns at quarterback for the Sooners. He leads a very deep and talented team into a similarly deep and talented Big 12 Conference. The middle of the Big 12 can seemingly go in a variety of different directions as this is arguably the toughest conference to project in the country.

Normally a fourteen team conference, but Old Dominion has opted out of the season.

The SEC continues to be the strongest conference in college football.

With Joe Burrow on to the NFL, we expect Alabama to reclaim their spot atop the SEC West standings this year. Per our preseason ratings, the SEC West is the strongest division in FBS football.

We have Georgia projected to win eight games in the SEC and take the SEC East. It wouldn’t surprise any of us if the Gators were able to take the division.

App State and ULL look to continue their dominance of the Sun Belt Conference.