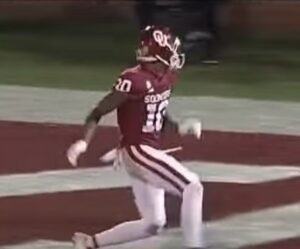 The 2021 college football season is set to kick off on August 28th, 2021 and one can only hope it goes more smoothly than last year. With all the uncertainty in 2020, it was incredibly difficult to project how teams would finish in their conference. Though this is usually a tough task, one can imagine how much more difficult the task was with the Covid uncertainty added in.

Though it is a projection on it’s own, this year should fare much better than last year. It’s unexpected that many (if any) games get cancelled so our job should be a little bit easier. There are only a few conference changes from last year. First, Notre Dame will head back into the FBS Independent group. Second, Connecticut will leave the AAC and become an FBS Independent. Finally, the AAC will drop it’s divisional structure and become a single eleven team conference.

With all of the that out of the way, let’s dive into our conference projections for every team in FBS college football…

It shouldn’t come as a surprise to anyone that Alabama is once again projected to win the SEC West. With Mac Jones off to the NFL, it’s up to freshman Bryce Young to lead the Crimson Tide to glory this year. Quarterback is really the only question mark for the Tide as the rest of the team is as stacked as they always are.

The SEC East is very top heavy with the Georgia Bulldogs expected to take the division by a relatively wide margin. Top-to-bottom, Georgia is the deepest team in the SEC outside of Alabama. There is a chance that Florida could be a slight sleeper in the division, but they will need some luck on their side. Emory Jones played well in limited minutes last year and he could make the Gators a very dangerous team.

Oklahoma leads a very strong conference for the second year in a row. Spencer Rattler has a year of experience under his belt and is the odds on favorite to win the Heisman. Iowa State brings back an incredibly experienced team with Brock Prudy leading the reins. We also wouldn’t sleep on the Longhorns or the Cowboys as both have an outside chance at winning the conference.

The Big Ten only has one team in our Top-10 with Ohio State, but as always, this conference could be better than expected.

Ohio State has perhaps the best group of athletes we’ve ever seen at the offensive skill positions. The wild card is that they will be starting a freshman quarterback. So while they are far and away the best team in the Big Ten, quarterback play could be a concern.

With a lot of experience on the offensive side of the ball, Wisconsin projects as the best team in the Big Ten West. There is a decent amount of parity in the division and we wouldn’t be surprised to see a few upsets that could shake up the standings.

The ACC is our fourth strongest conference this year. It’s a bit of a strange year in that some perennial powerhouses look to struggle, while some traditionally weak schools look to have a great year.

Clemson opens their season with Georgia, but should then torch through their ACC schedule. The toughest game on their schedule may be at NC State and the Tigers should be seventeen point favorites. The stage is set for another College Football Playoffs for them. The rest of this division should be very competitive as there is a lot of parity between the second and sixth place projected teams.

Sam Howell may be the best quarterback in the country and he heads what is UNC’s best team in decades. The Hurricanes are back in the fold and should challenge the Tar Heels in the division. D’Eriq King is back for what seems like his tenth year in college football. If his knee is back to 100% then look for the Hurricanes to have a stellar season.

The Pac-12 is clearly the weakest of the Power 5 conferences as they don’t have one team in our early Top-20.

This should be a two team race with both the Ducks and Huskies projected to win just under seven games in conference. Washington gets Oregon on their home turf on November 6th in what could be the deciding game. The rest of this division is pretty weak this year so we don’t expect any surprises.

The Pac-12 South should be a very interesting division this year as there is very good competition at the top of the group. USC, Utah and Arizona State all bring back quality experienced starters at the quarterback position. USC appears to be the best team, but this division is up for grabs.

Coming off of a 9-1 season, the Bearcats are the favorites in the American Athletic Conference. UCF has the best offense in the conference and will challenge Cincinnati for the top spot.

They aren’t technically a conference, but if they were then this would be the projected order of finish.

After an abbreviated season in 2020, the Mountain West is back to full strength in 2021.

Boise State appears to be the clear favorite in what may be the easiest division to project this year.

We project Nevada to slightly edge out San Jose State, but this should be a very competitive division.

The Sun Belt had a few teams burst onto the scene last year with very strong seasons. This year, a few of those teams look to repeat their success.

Louisiana is the clear favorite to win this division and it shouldn’t be close.

Coastal Carolina and Appalachian State both bring back very strong teams in 2021. This division will be close.

Old Dominion is back in the frey after taking the 2020 season off due to Covid.

UAB is the stregth of this division, but they should expect a decent challenge from UTSA.

Marshall heads our projections in the East, but Florida Atlatic and Western Kentucky will be dangerous as always.

The MAC is back! After playing a shortened 2020 season, the MAC returns as our weakest conference in FBS.

The Rockets are our favorite to win the MAC West.

Buffalo is our projected winner, but this division is completely up for grabs.