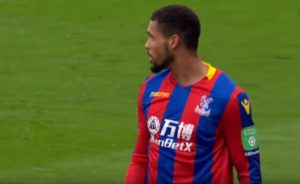 The English Premier league starts up again on August 10th after a campaign last season that was dominated by Manchester City. While we don’t expect the Sky Blues to come anywhere near the 100 points they had last season, they are the clear favorite to win the league. There are really only five other teams that have any sort of shot to challenge them for the top spot. Those teams are Liverpool, Chelsea, Manchester United, Arsenal, and Tottenham.

Below, we created a table that shows the averages of 1,000 simulations that we ran on the 2018-2019 English Premier League season. As one can see, there is a pretty big gap between the projected sixth place team (Tottenham) and seventh place team (Leicester City). We expect Manchester City to be around the 80 point mark with Liverpool coming in right behind them around 75 points.

As mentioned above, Manchester City is the favorite to win the league, and we give them a 47.3% chance to secure that fate. The best battle in the league is expected to be between places 3 through 6 as there will be a huge battle to earn a berth to either Champions League or Europa League next season. One can see from the table below that it looks to be a complete toss-up at this point. The relegation battle will also be a good one to follow as Cardiff is the only team with greater than a 50% chance to be sent back down to the Championship League after the season.

For updates on these probabilities throughout the season, follow our English Premier League Predictions page!