March Madness is back and it looks like we will actually get to crown a champion this year! The teams are now seeded so we did a simulation on the tournament with 1,000 iterations. As always, one can find our individual game predictions here. There may be some discrepancy between the two projections. One is a simulation and our game predictions take into account injuries.

The East is a pretty competitive bracket that is headlined by the Michigan Wolverines. There is a lot of parity between seeds six and eleven, and it wouldn’t be shocking to see more than one upset in this group. Alabama, Texas and Florida State all have better than a 10% chance to make the Final Four.

As the 1-seed of the South Bracket, Baylor leads the way with the second-best odds to win the whole tournament at 12.4%. Look out for some upsets in this bracket as 5-seed, Villanova, and 6-seed, Texas Tech, have better odds to advance than Arkansas and Purdue. There appears to be a lot of strength in the bottom of this group as well. North Texas as a 13-seed and Colgate as a 14th seed are both very worthy foes. 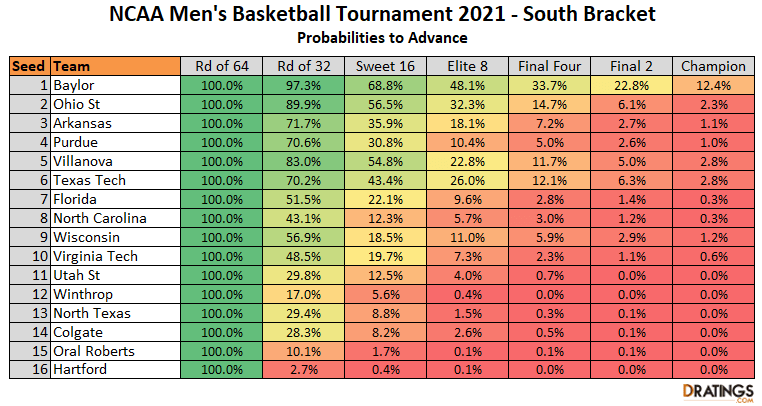 The Midwest Bracket is arguably the most competitive bracket of the four. Again, within this group, we have a very strong six through eleven seeds. There is no question that the strength is in the top-five though. Illinois and Houston are the most likely to come from this group. However, don’t be shocked if a team like West Virginia or Tennessee makes a surprising run. 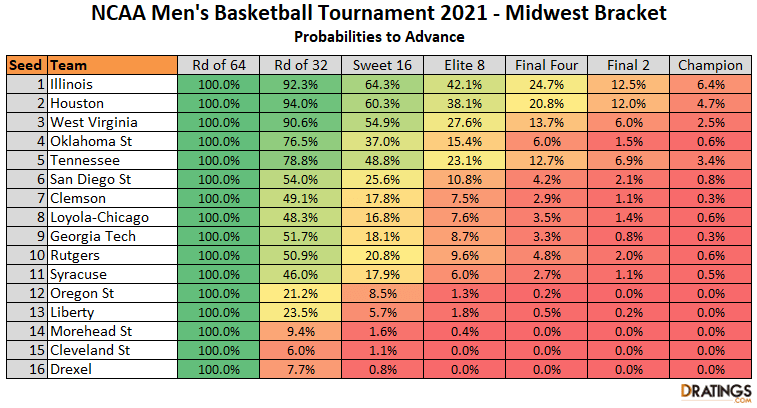 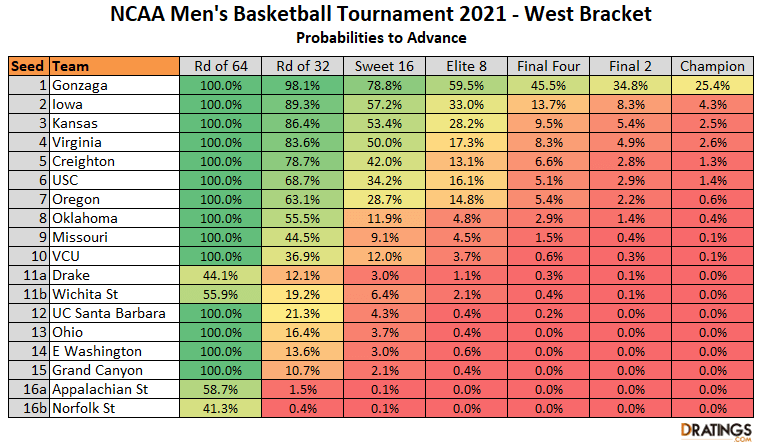