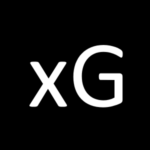 With the World Cup just finishing up last month, we are hearing a lot of chatter in the analytical sports statistics world about a metric called “expected goals”.

Expected goals (also known as xG) is a statistical measure used in soccer and hockey to estimate the likelihood of a shot being scored based on various factors such as the location of the shot, the type of attack, and the type of pass or dribble leading up to the shot. Expected goals can be used to evaluate a team’s performance, as well as individual players, by comparing the number of goals actually scored to the number of expected goals. For example, if a player has an xG of 0.65 and scores two goals in a game, they may be considered to have over-performed, while a player with an xG of 0.65 who only scores no goals may be considered to have under-performed.

What Factors Go Into xG?

There are several factors that go into the calculation of expected goals and these vary based on the various models that are out there. At a basic level, some of these factors include:

2. Type of shot: Different types of shots (e.g. headers, volleys) have different probabilities of resulting in a goal.

6. Quality of the shooter: The skill level of the player taking the shot can also affect the probability of a goal.

What Value Does xG Provide?

Expected goals can be useful for evaluating the overall quality of a team’s attacking play and for identifying areas where a team may be able to improve. It can also be used to compare the performance of individual players and to identify players who are particularly effective at creating high-quality scoring chances.

What Are the Drawbacks of the xG Metric?

Right now, there are just too many holes in the statistic for it to be very valuable. Particularly, in soccer, there are many instances where xG doesn’t account for what could be a significant game changing event. Imagine a two vs. one situation in which a winger crosses the ball to the head of a striker and from ten yards out drills it in the top-corner of the net. Maybe this would yield an xG of .92. But wait! Replay shows that the striker was offside by a half an inch. Nevermind! This scenario results in an xG of .00.

Since Sam Green introduced this metric back in 2012, xG has come a long way. It is a very interesting metric that deserves a lot further investigation. However, I think we are still years away from xG providing any real value in the sports analytics world.