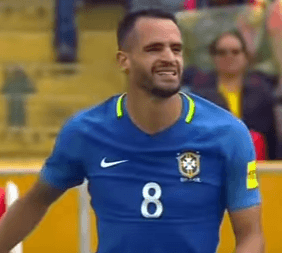 CONMEBOL World Cup qualifying is a very robust tournament taking all 10 members and placing them in a home-and-away round robin for eighteen games over a two year period. In it’s current format, the top four teams in the table at the end of qualifying will advance to the World Cup. The team that finishes fifth will play in the inter-confederation playoffs against the third round winner of the OFC group.

We simulated all of the games 1,000 times based on our most current rankings of all FIFA International Clubs.

#Seventeen games out of eighteen have been played in the CONMEBOL schedule. The last game will be played on October 10th. The above table is sorted by projection, not actual results.

CONMEBOL World Cup Qualifying- Probability to win the Table, Advance, and Not Advance

*The odds to “Advance” above is the probability to advance by finishing in the top 4 of the group and also includes the odds to advance by way of winning in the inter-confederation playoffs against the OFC winner (New Zealand).

CONMEBOL World Cup Qualifying- Probability to win the Table, Advance, and Not Advance