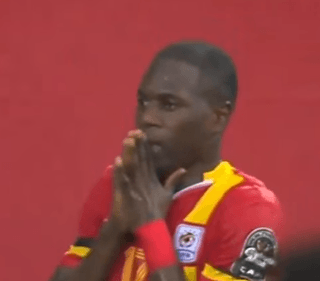 The Confederation of African Football (CAF) consists of 54 teams across six zones and is granted five slots in the 2018 World Cup. Zimbabwe was not allowed into the qualification tournament, so qualifying included the other 53 teams in a three round format. The first round matched teams ranked 28th through 53rd in the FIFA rankings in a home-and-away match up. The second round includes the top 27 teams within the confederation and the thirteen winners of the first round. Those 40 teams play a home-and-away two leg match to then determine which twenty teams make it to the third round. In this round, those twenty teams are placed into five groups of four teams which play a home-and-away with every other team in the group. The winners of each of these give groups are then given a birth into the 2018 World Cup.

After the first two games of the third round, there are a few surprises in tables. In Group B, Algeria came into the tournament as the top-rated team in all of CAF. But after a disappointing African Cup of Nations and a loss and draw in their first two qualifying games, they are on the ropes. That said, Algeria has gone from a 41.8% chance to win the group to a 10.7% chance while Nigeria has gone from 29.3% to 69.1%. Group D continues to be the most hotly contested group in CAF qualifying. With the exception of Cape Verde, every team has between a 29 and 35% chance to win the group.

We simulated all of the games 1,000 times based on our most current rankings of all FIFA International Clubs.