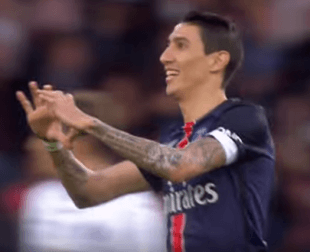 The French Ligue 1 is made up of twenty teams. Similarly to the other top flight football leagues, each play in a home-and-home series against each other for a total of 38 games in a season.

The two teams that finish at the bottom of the table are relegated to Ligue 2. The team that finishes in the 18th position will play against the 3rd place team in Ligue 2 to determine who will get to play in Ligue 1 in the following year.

Below, we simulated the Ligue 1 season 1,000 times. For our individual game projections, see: Ligue 1 Game Predictions. Also, see our simulations on the current seasons of the English Premier League, Champions League and Europa League.

October 25th, 2017: After a very strong start, we now project that PSG has a 98.6% chance to win the league. This is a very high number only eleven weeks into the season, but there really isn’t anyone else close.

The relegation probabilities above do not include the chances of losing to the Ligue 2 team in the Relegation playoffs if the team finishes 18th in the table.